Biography
Matt Blurton-Jones earned his Ph.D. in Neurosciences at the University of California, San Diego in 2002.  His postdoctoral studies were pursued in the labs of Dr. Carl Cotman and Dr. Frank LaFerla at UC Irvine.  As a postdoctoral fellow and then Assistant Researcher, Dr. Blurton-Jones studied the pathogenesis of Alzheimer disease (AD), transgenic modeling of neurodegeneration, and begun to examine the use of stem cells to treat AD.  In July of 2011, Dr. Blurton-Jones joined the Department of Neurobiology and Behavior as an Assistant Professor and established his independent lab in the Sue and Bill Gross Stem Cell Center.

Research in Lay Terms
Stem cells can be used to model and examine the underlying causes of human disease.  Our research suggests that neural stem cell transplantation may also provide a promising approach to treat neurodegeneration.  My lab studies both sides of this equation, using stem cells to examine the normal and pathological functions of genes and proteins implicated in neurodegeneration and investigating the potential of stem cells to deliver therapeutic proteins to the brain that improve cognition and modify disease pathology.

Research Focus
My lab uses neural stem cells to try to understanding and target the underlying molecular mechanisms that drive the development of Alzheimer’s and Parkinson’s disease.

Detail on Research
We previously showed that neural stem cell transplantation can improve learning and memory in a transgenic mouse model of advanced Alzheimer’s disease.   Our studies revealed that the stem cells helped promote recovery by elevating levels of a key protein, brain-derived neurotrophic factor (BDNF). In collaboration with several stem cell and AD researchers we are now testing whether this approach can one day be translated to the clinic. In related studies, we are examining whether neural stem cell transplantation may also be used to treat cognitive dysfunction that occurs in other neurodegenerative disorders including Parkinson disease and Dementia with Lewy Bodies.

At the basic science level, our lab also uses stem cells to try to model neurodegenerative  disease and understand the normal and pathological functions of disease-associated genes.  For example, we recently discovered that amyloid precursor protein, the protein that gives rise to beta-amyloid plaques in AD, actually serves an important role in the neural development.  By understanding the normal function of disease-associated genes we can better understand exactly what goes wrong in Alzheimer’s and Parkinson’s disease.

Favorite Quote “The most exciting phrase to hear in science, the one that heralds new discoveries, is not 'Eureka!' but 'That's funny...'”   -Isaac Asimov 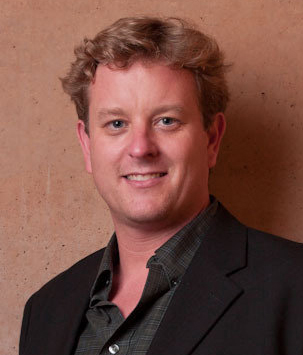